In America, it seems to me, you can tell politicians apart by the age at which baptism takes place. Broadly, I reckon, Democrats baptise children and Republicans baptise adults.

This is really an aside in her post A Guide to English Christianity, which led her creator to tweet “*leaves country*”. But America will be no safe haven for the writer after that comment.

But is this correlation true? It certainly seems to tie in with my experience. Among my limited number of American friends, those from mainstream denominations, who generally baptise children, tend to be on the political left, whereas the Baptists and Pentecostals who only baptise adults tend to be on the right. I would suppose that the latter tend to be more individualistic, in both politics and religion, and to be Republican, whereas a stronger sense of society and corporate identity could be linked to both baptism of children and Democratic politics.

However, the rule doesn’t seem to work for recent Presidents and presidential candidates. Bill Clinton is a Democrat and a Baptist; George W. Bush is a Republican and a Methodist (former Episcopalian). Barack Obama fits the bill as a Democrat from the paedo-baptist United Church of Christ, but he was personally baptised as an adult in that denomination (which incidentally implies that he is not a Muslim). Of Obama’s four current Republican challengers, two are paedo-baptist Roman Catholics, although Newt Gingrich has been baptised as an adult, not once but twice; one, Ron Paul, is a Baptist who baptises children – at least his own five; and one, Mitt Romney, accepts only adult baptism, in its distorted Mormon form. So, it seems, Eileen’s rule is followed better by the ordinary people than by their leaders.

anti-evolutionism is the result of atheist scientists infiltrating Christian circles, and offering lame and unpersuasive criticisms of mainstream science in order to discredit Christianity and hinder the spread of the Gospel.

Or maybe that isn’t what he means. Anyway, his post about fun with conspiracy theories is amusing and well worth a read. Following the news that homosexual marriage is to be introduced, the government is now proposing to introduce square circles.

The Deputy Minister for Shapes commented: ‘It is time that we gave true equality to circles, not only to rectangles. Why shouldn’t circles be considered square?’

Brilliant! There are links to various relevant stories. See also the comment by Nunos about chalk and cheese.

The BBC, amongst many others, reports that neutrinos, sub-atomic particles, have been found to travel across Italy faster than the speed of light. At least, they break that ultimate speed limit for part of their journey from CERN, across corners of Switzerland and France and along half the length of Italy, to Gran Sasso, a large mountain to the east of Rome. I’m sure that in precise Switzerland they wouldn’t dare to break a speed limit. But in Italy, as I have discovered from experience, no one takes any notice of speed limits. So I reckon that in Italy the neutrinos have learned, as I have, to drive like Italians!

Not that it saves them much time. Speeding usually doesn’t. According to the Reuters version of the story, they reach their destination just 60 nanoseconds sooner than expected. Was it worth it? Well, in those 60 billionths of a second my computer can perform 136 operations, not completely negligible. But then most men who drive too fast do it not so much to save time as to show off their manliness. Don’t ask me why women drive too fast, as my answer may offend! Neutrinos, as their name suggests, are neutral or neuter or something, so I have no idea why they would want to travel faster than light.

For some alternative thoughts on what these neutrinos are up to, see Archdruid Eileen’s thoughts Faster than a speeding neutrino, and my comment on them.

In a post The atheist delusion Gez quotes the following from David Nicholls, President of the Atheist Foundation:

In a comment Robert J. Wilson, himself an atheist, makes a point which I was also going to bring up before I saw his comment:

As Mr. Nicholls rightly points out, there are over 3,000 gods throughout history. Christians are 99.9% atheist in that they disbelieve in all but one. We (atheists) simply go one god further.

I could have responded by noting how completely Wilson misunderstands, or misrepresents, what the one God means to us Christians. We don’t so much believe in his existence as have a relationship with him. Even if I didn’t believe that Solomon’s thousand wives and concubines (1 Kings 11:3) existed, that would bring me no closer to disbelieving in the existence of my own one wife – I know she exists because I know her! And the same with my one God.

But the reply to Wilson I in fact posted, pointing out his mathematical error, was more on the level his argument deserves:

Interesting statistic, Robert. Perhaps you think we Christians are 99.9% atheist in that we disbelieve in all but THREE of the 3000? But the three are one, so I go with 99.97% atheist.

Roger Mugs, whose blog Theologer is subtitled “bible. beer. blog. (and a word for missiology which starts with a b)”, seems to have been more amused than offended that John MacArthur called him “Young, Restless, and Reformed”, although he writes

I resent all three.

Well, Roger can hardly be surprised that some Christians object to his post Beer. Glorious beer, in which he encourages missionaries like himself to brew their own. But it was quite an honour for him to be called out for it by the infamous MacArthur, even in terms like these:

deliberately cultivating an appetite for beer or a reputation for loving liquor is not merely bad missional strategy and a bad testimony; it is fraught with deadly spiritual dangers.

Roger has now followed up his initial response with what he calls “a response to/rewrite of/mockery of John McArthur’s recent post”, Judgement, Hubris, and True Christian Maturity. In this he counters MacArthur’s condemnation of the “Young, Restless, and Reformed” stereotype with his own observations about the “Old, Bored, and Reformed” like MacArthur. The result is hilarious! But there are also many important serious points, such as:

Apparently judgment is also an essential element in the missional strategy. Judging others publicly is often touted as a necessary means of influencing  youth culture, and conversely, humility is deemed a “sin” to be repented of. …

deliberately cultivating an appetite for pridefulness or a reputation for loving myself is not merely bad missional strategy and a bad testimony; it is fraught with deadly spiritual dangers.

Indeed. MacArthur and other “Reformed” leaders need to look more closely for the planks in their own eyes before condemning what they think they see in others’ eyes. Sadly, I suspect that if they did they would find that the greatest sins in the genuine “Young, Restless, and Reformed” tendency (not including Roger Mugs!) are not so much beer drinking as the same self-righteousness and judgmentalism that Roger has identified among their older and more bored fellows.

In case anyone is confused, the Calvin I was referring to in my post Calvin, Preacher of Legalism is the Reformer of Geneva, left, not the cute cartoon boy, right. But I’m not sure there is much to choose between their theologies as put into practice. One was profound but toxic, the other wrong but harmless.

Thanks to Jeremy Myers for informing me on the boy’s theology:

Archdruid Eileen of the Beaker Folk proclaims today Dodgy Analogies Sunday. In her celebratory message she discusses how our life is like a computer program (that’s the correct spelling even in the UK, Eileen) with God as our Systems Architect. In the way she presents it, the analogy is indeed dodgy, and very funny.

Is this analogy in fact necessarily dodgy? I think I could redeem it into something really useful. But I won’t ruin today’s celebrations by trying to do so here. 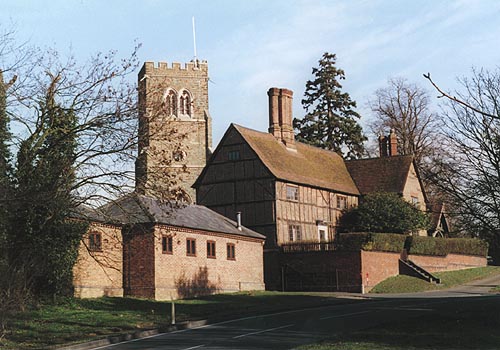 Meanwhile a message to any cyclists who might take advantage of this glorious weather and venture on the road anywhere near Husborne Crawley (yes, it’s a real place, a village near Milton Keynes): watch out for a homicidal lycra-hating Archdruid! I have already warned long-distance cyclist blogger Dave Warnock, whose route home from London might well take him nearby.

To mark his 1000th ASBO Jesus cartoon Jon Birch has come up with a cracker, about Rob Bell and Jesus:

That may put a cat among the pigeons!