How certain are you that a particular teaching in scripture is not relevant for us today because “times” have changed?

I think I surprised Robert with my reply, because he made no further comment on that post:

… The answer is: not at all certain. Christians come to different conclusions on many of these matters, and I don’t think one is objectively right and the others objectively wrong.

In practice each of us finds our own footholds on the slippery slope. I’m not sure that is a bad thing. It’s only a bad thing if we use it as an excuse to break Christian unity or start condemning others for choosing different footholds. Paul outlines the principles of the strong and the weak, and I think they may well apply here.

A clarification here: as the broader context shows, I am not denying objective truth in matters of fact, but rejecting only the objective status of positions on issues of ethics and morality.

In a further comment on the same post, Iconoclast helps me to unpack further Paul’s teaching on the strong and the weak, and how it applies in this case. 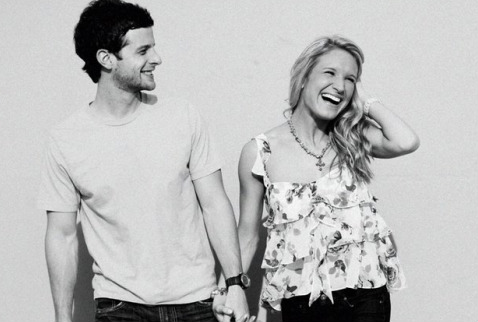 Probably independently, Austin Fischer has written a guest post at Roger Olson’s blog Certainty Not, in which he criticises the theological pretension (not “pretention” – Fischer mixes up the two spellings) of “young, restless and Reformed” neo-Calvinists:

And lots of things go into pretention: pride and projection, arrogance and insecurities, knowledge and ignorance. But at its very core pretention, especially theological pretension, feeds on certainty. We become pretentious when we get certain, when we become convinced that there is simply no way we could be wrong about this, when we cannot see any truth in alternative positions, when we can no longer feel the weight of dissenting voices and as such seek to squelch them out.

But of course when it comes to theology, certainty is impossible. Finite human beings are trying to make sense of an infinite God. We always know God subjectively, never objectively. Perhaps the most certain thing we can say about God is that we cannot be certain about anything. This is not to say we cannot be confident, that we cannot have good reason to believe what we believe. But it is to say that certainty will always lie just beyond our grasp. Certainty? No. Confidence? Yes.

Indeed. Sometimes it is good to be confident that we are right, especially concerning central matters of the Christian faith. But even here we need to avoid the kind of pretentious certainty which only repels others and divides the church. Probably more often we need to recognise that our own conclusions are provisional, based on our own limited understanding of the issues and of the relevant Bible passages.

And that implies that we should treat Christians who differ from us on these issues not as enemies to be defeated or as apostates to be shunned, but as our brothers and sisters in Christ. Concerning our attitude to them the world should be able to say, in the words quoted by Tertullian in the 3rd century (see also John 13:35),

See how they love one another.

10 thoughts on “On Being Uncertain, on theological issues”