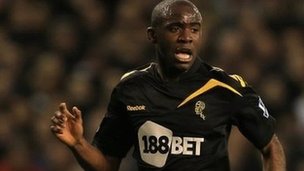 Footballer Fabrice Muamba now seems to be recovering slowly, although he is still in intensive care. See this video for the latest report. Along with most of the nation, I thank God for this remarkable answer to prayer.

The amazing thing in this case is that, after collapsing during an FA Cup tie, he is said to have been dead for as long as 78 minutes, with his heart not beating. Even doctors have used the word “dead”. For all of that time people were giving him a variety of medical treatments – and others, even players on the pitch, were praying for him. But it was only after well over an hour that the medical team was able to restart his heart.

The BBC Health Correspondent, Nick Triggle, asks, Can you be dead for 78 minutes? He writes:

The more details that emerge about Fabrice Muamba, the more amazing his story becomes.

The latest has seen the Bolton footballer labelled the “miracle man”.

Nevertheless, he explains, it is possible, though rare, for someone to live again after being dead for this long, with paramedics unable to find any signs of life. Of course one might say that Triggle has to say it is possible because it has happened, in at least this one case.

In this case Muamba was receiving the best possible medical treatment and was also being prayed for. So it is impossible to say whether the prayer played any part in his return from the dead, or in his subsequent recovery.

But this does raise the question of what happens in cases where apparently dead people are raised by the power of prayer alone, when no medical treatment is available, or when doctors have stopped treating the patient as dead. In recent years there have been many reports of such healings, most controversially in connection with the ministry of Todd Bentley. Now I accept that there are serious issues here in that there is no independent verification of many of the reports coming out of the Lakeland events. But there does seem to be a common pattern among most of the reported raisings of the dead by prayer: that they usually happen within an hour or two of death.

So could it be that all or many of the genuine cases (and I assume here that at least a few are genuine) of people being raised from the dead through prayer are similar to that of Muamba? A person’s heart has stopped, probably for some medical reason. There may have been repeated attempts to start it again, but these have failed. As the BBC suggests in Muamba’s case, there may have been some residual activity in the heart, but no regular beat. Then, after an hour or two and in response to prayer, the heart has started to beat again, and the person has come back to life. Well, something like this happened in Muamba’s case, although we don’t know what if any different treatment he received when he arrived at the hospital.

So, am I suggesting a naturalistic explanation of reanimation by prayer, that people spontaneously rise from the dead, and there is only a coincidental link with prayer? Not really – although maybe the dead wake up more often than is realised, only to freeze to death again on a mortuary slab. But I am suggesting that the power of God can touch a heart which is still, but maybe not completely dead, and start it beating again. Yes, a miracle, but perhaps one which does not go as completely against the scientific worldview as some might think when they hear talk about the dead being raised.