Suzanne writes that her prophecy here at Gentle Wisdom has come true. I’m not so sure, especially as she has denied referring to John Hobbins. This is what she wrote here, in a comment on my post NIV 2011 Update: first impressions:

But as far as I can tell John Piper and the other well known complementarians who intemperately rejected TNIV, such as Wayne Grudem, have had little or nothing to say about the NIV 2011 update. Vern Poythress has written a review, but he seems less concerned by its gender-related language than that

– a concern that I share. Even World Magazine, which led the condemnation of NIV Inclusive Language Edition by calling it the “Stealth Bible”, has offered only mild disapproval of the 2011 update.

It has been in the news recently that the Southern Baptist Convention adopted a resolution against the NIV 2011 update and calling on its LifeWay bookshops to boycott it. But this was a last minute motion from the floor of the house, not supported by the convention organisers, which was voted on without the case in favour of the update even being presented. I expect that when LifeWay realises the financial implications of withdrawing one of its best selling Bible versions they will quietly ignore the resolution.

By contrast, as I reported at Better Bibles Blog, another very conservative group, the Wisconsin Evangelical Lutheran Synod, looks likely to accept the NIV 2011 update. A WELS committee has considered the update very carefully and issued a long and detailed report recommending the Synod to formally accept the it. 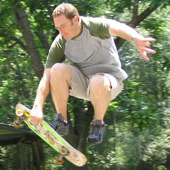 The only significant strong negative reaction to the NIV 2011 that I have seen has come from Denny Burk. But Suzanne cannot claim to be a prophet about this, as I had already linked to Burk’s initial complaint in my post. Since then he has written quite a lot more, including a paper in JBMW. In this he comes to similar conclusions to mine in that same post, that NIV 2011 has retained most of the gender-related language of TNIV but about 25% of what some people objected to has been revised.

Predictably Burk singles out for comment in this JBMW paper 1 Timothy 2:12, which he calls “The Most Contested Verse in the Gender Debate”. He bases his argument on Köstenberger’s highly dubious argument (which I discussed here in 2006) that the disputed Greek word here, authentein, cannot have negative connotations. He then completely ruins his case, in the eyes of scholars rather than of blind followers of “Reformed” heroes, by quoting and relying on an error of fact by Wayne Grudem. Grudem wrote that the TNIV and NIV 2011 rendering “assume authority” is “a highly suspect and novel translation”, when in fact, as Suzanne had shown (originally in 2009) and tried to point out to Burk, it comes straight from Calvin’s commentary, as translated by Pringle in the 19th century – and is clearly less negative in its connotations than “usurp authority” in KJV.

The autobiographical notes at the start of Burk’s paper recount how at the age of 17 he acquired an NIV Bible and started to read it avidly. He calls himself

one whose testimony has been inexorably shaped by the NIV translation.

So it is not surprising that he is attached to the 1984 version of NIV and has strong negative reactions to any changes to it. This kind of conservatism is a natural human reaction to change. But it is not the way of our God who makes all things new.

In the USA there is a strong KJV-only movement, which idolises this 400-year-old versions and will accept no Bible. I wonder, does Denny Burk want to lead an NIV-1984-only movement? I think he will find this much harder than his skateboarding tricks.