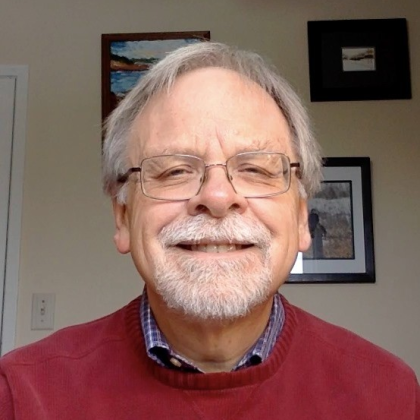 I want to start by thanking my blogging friend Tim Chesterton for naming Gentle Wisdom as the first of his ten favourite Christian blogs. His own blog Faith, Folk and Charity is one of my favourites, when he finds time to post in his busy life. It is hard to believe that it is more than four years since I met Tim, when he was on sabbatical here in England. I regret that much of the excellent material from his former blog An Anabaptist Anglican was lost when that blog was closed after his sabbatical.*

I also want to thank Tim for a comment on my post on the central message of the Bible, in which he pointed out an issue with how I have set up the series of which this post is the third part. I started the series by posing a binary question: which is determinative, the Cross or the Resurrection? But in fact there are other choices which could be made on the basis of the New Testament. The one which I dismissed in part 2 of this series, that the example of John the Baptist is normative, is hardly a Christian one. But, as Tim reminded me, it is a Christian position to take the life and teaching of Jesus Christ as the basis for Christian living. This is in some ways a third alternative to focusing on the Cross or on the Resurrection. It is one especially associated with the Anabaptist movement, as well as with the strand of Catholic spirituality associated with the classic book The Imitation of Christ

by Thomas à Kempis. So in this post I will look at that alternative focus.

I want to affirm strongly that the life of Jesus is a good and important example for Christian living today. This has been a consistent theme on this blog. Five years ago I wrote that Jesus is Our Fully Human Example. Three years ago I suggested, rather controversially perhaps, that the faith of Jesus Christ should be a model for our Christian faith. I would also affirm, against some dispensationalists, that the teaching of Jesus is directly relevant for Christians today. We are even expected to live according to the Sermon on the Mount – although there is grace for us when we fail. But this mention of grace illustrates the inadequacy of making the life of Jesus the centre of Christianity. Can we really be expected only to follow the teachings of the Great Teacher and to live as he lived? It is for good reason that many have concluded that the Sermon on the Mount was intended as an impossible standard to live by. It is indeed impossible if we try to live by it in our own strength, treating it as a new law to replace the one given through Moses. But the Sermon is surely intended as more than an unattainable standard given to force us to repentance.

While some might just be able to live for a time in obedience to Jesus’ teaching, there are clearly ways in which no one can hope to do as he did in their own strength. Jesus was best known in his own time, and perhaps in ours, for the healings and other miracles which he performed. As I have argued before, he was able to do such things not because he was God but because after his baptism he was filled with the Holy Spirit. And he expected his followers to do not just similar works but also greater ones (John 14:12). That is clearly impossible for ordinary human beings without the power of God.

Thus both the teaching and the miracles of Jesus point us beyond his life on earth. It is only through his death on the Cross that men and women can receive forgiveness, without which even a perfectly amended life is pointless as it cannot atone for past sins. It is only through his Resurrection that people can receive a new life with the ability to overcome evil and live according to Jesus’ teaching, even in the Sermon on the Mount. And it is only through Pentecost which followed them that anyone can receive the power of the Holy Spirit to perform the even greater works which God has prepared in advance for them to do (Ephesians 2:10).

So we have to conclude that, important as the life and teaching of Jesus are for the Christian life, they are not its central focus. True Christians need to look beyond following his example and his instructions to what follows, which alone is able to effect achievements with eternal consequences.

Continued in Cross or Resurrection 4: The Centrality of the Cross?

* UPDATE: Tim tells me that all the significant posts from Anabaptist Anglican have been transferred to his main blog Faith, Folk and Charity, where they can be found in the April, May, June, and July 2007 archives.

0 thoughts on “Cross or Resurrection 3: What about Jesus' life?”