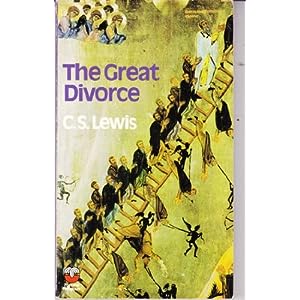 Phil Whittall has posted an interesting review of “The Great Divorce” by C.S. Lewis, which leads into a comparison of Lewis’ view of hell with Rob Bell’s. I read The Great Divorce

many years ago, and it is certainly a good read whatever one thinks of its theology. I have still not read Bell’s Love Wins

, although I have read a lot about it.

It is interesting to see the hoops that some try to jump through to defend Lewis while condemning Bell. For example, Tim Keller, as quoted by Whittall, seems to accept that Bell teaches the same as Lewis, but suggests that Lewis was right to do so because he was going against the spirit of the age but Bell is wrong because he agrees with the spirit of the age. Leaving aside the question of whether this dubious assessment is correct, does Keller really mean to claim that whether a teaching is right or wrong depends on the spirit of the age, not on whether it agrees with biblical truth?

Whittall’s conclusions are interesting. They are basically that Bell and Lewis are teaching the same thing, that there will be chances after death for those in hell to repent and go to heaven. The main difference between the two is that Bell expects that most, or perhaps all, will take these chances, whereas Lewis expected very few to do so.

I am not at all sure about this teaching about another chance to repent. I don’t see any biblical warrant for it. But I don’t see it clearly ruled out in the Bible either, so I am open to being convinced. But I think my expectation would be more like Lewis’ than Bell’s, at least concerning those who had heard the gospel in this life. As for those who never heard it, they are not Lewis’ focus, and I haven’t read what, if anything, Bell has to say about how they might be saved.