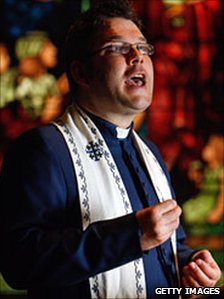 This is nothing to do with me! As is clear from the full title of the linked page, Church of Scotland Assembly to debate gay ordinations, my surname is here being used in its alternative sense as a name, or journalistic abbreviation, for the Church of Scotland.

The word “kirk” is a Scottish and northern English dialect variant of “church”, probably of Viking origin. The place name of Danish origin “Kirkby” or “Kirby” is widely attested in northern England, and in the east as far south as Essex, but only in the half of England which was strongly influenced by Danish invasion and settlement, known as the Danelaw.

The word “kirk” is in fact of Greek origin, from kuriakos meaning “the Lord’s”.

My own Kirk ancestors are not Scottish but from Derbyshire in northern England. I have previously posted here a picture of my ancestral home.

Maybe another time I will consider gay ordinations, but not today.

0 thoughts on “"Kirk to consider gay ordinations": not me!”