The BBC Today Programme has a report In pictures: Biblical bounty?, an illustrated outline story that

Ancient sealed books, discovered in a Jordanian cave, may shed new light on the early years of Christianity. 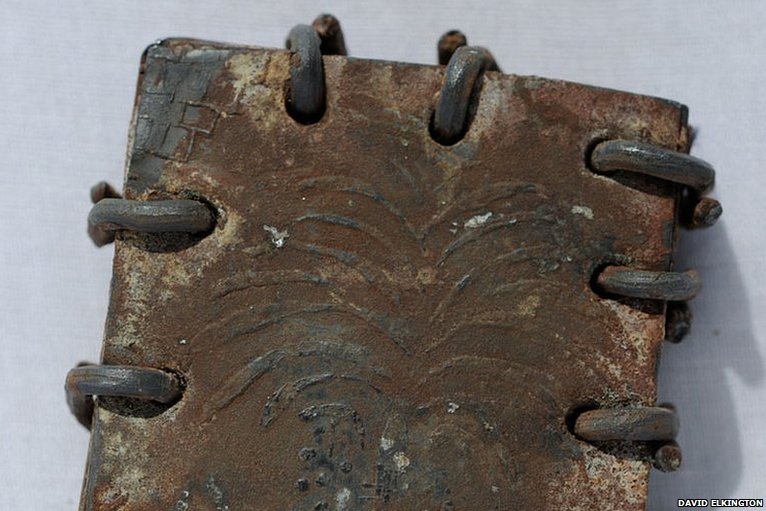 The books have survived because the pages are made of lead. But all this seems rather speculative given that “the text in Ancient Hebrew” is mostly in code. The link with early Christianity seems to be in some of the images, but these can surely be interpreted in other ways.

The BBC reports some extravagant claims about this discovery:

the books may have been made by the followers of Jesus a few decades after his crucifixion. … “as important as the discovery of the Dead Sea Scrolls” … “the major discovery of Christian history”.

Well, we will have to see. If the text can be decoded and confirms the claims about who wrote these books and when, then indeed this could be a discovery of the first importance. But failing such confirmation the books will be no more than a historical oddity, worthy of a place in “a Jordanian museum” but not of worldwide attention.

UPDATE after half an hour: There is more on this story in another BBC report, which is largely about how these books have ended up in Israel and how the Jordanians want them back. The following may be of particular interest:

Philip Davies, Emeritus Professor of Old Testament Studies at Sheffield University, says the most powerful evidence for a Christian origin lies in plates cast into a picture map of the holy city of Jerusalem.

“As soon as I saw that, I was dumbstruck. That struck me as so obviously a Christian image,” he says.

“There is a cross in the foreground, and behind it is what has to be the tomb [of Jesus], a small building with an opening, and behind that the walls of the city. There are walls depicted on other pages of these books too and they almost certainly refer to Jerusalem.”

It is the cross that is the most telling feature, in the shape of a capital T, as the crosses used by Romans for crucifixion were.

“It is a Christian crucifixion taking place outside the city walls,” says Mr Davies.

13 thoughts on “New discovery "as important as Dead Sea Scrolls"?”