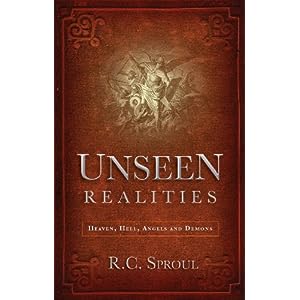 , and he has commented on it without yet reading very much of it. Scott apparently hasn’t even seen the book, but that hasn’t stopped him not only commenting on its title and product description but also setting up Sproul for a battle with Bultmann. All this reminds me of another recent book

which was widely condemned by people who hadn’t read it.

I haven’t read Sproul’s book either, so I will make no comment on it. But I would like to comment on the half-baked philosophical objections to what they think Sproul is saying which Joel hints at and Scott makes explicit. Of course it may well be that Sproul has answered these points in his book, and if so probably far better than I can.

Scott gives a long quote from Rudolf Bultmann’s 1941 lecture New Testament and Mythology. The quote starts and ends as follows:

It is impossible to use electric light and the wireless and to avail ourselves of modern medical and surgical discoveries, and at the same time believe in the New Testament world of daemons and spirits.

How 19th century! This sounds like the understanding of science which the young Bultmann would have learned in around 1900 at his Gymnasium in Oldenburg, Germany, when electric light and “wireless” were the latest cutting edge technology. This was the era when physicists were confident that within a few years they would be able to explain everything in the universe in a purely materialistic way, according to rigid and deterministic laws of nature. This is what is now known as classical physics.

Within the next five years that scientific optimism had been swept away by new discoveries. It became clear that radioactivity, discovered in 1896, could not be explained by classical physics. Planck’s 1901 paper on black body radiation laid the foundations of quantum physics. Einstein’s four “Annus Mirabilis” papers of 1905 clarified the reality of quanta and introduced special relativity, destroying the Newtonian framework of classical physics and showing that matter and energy are equivalent. And Russell’s paradox, discovered in 1901, demonstrated the weakness of the mathematical foundation of classical physics.

But Bultmann would have followed little of this, or of the revolution in physics which it led to, because by now he was studying theology. So, as his 1941 lecture demonstrates, his understanding of science remained stuck in the 19th century. Sadly many theologians of the later 20th century also ignored contemporary science and preferred to accept Bultmann and his contemporaries as authorities on these matters.

But this gives no excuse for us who live in the 21st century, who have now had more than a century to reflect on the scientific revolution of 1901 to 1905. It has long been known that quantum physics implies that the universe is not deterministic in the way assumed in the 19th century. The Free Will Theorem, which I wrote about yesterday, suggests that randomness is not the best way to describe even the behaviour of sub-atomic particles. Eric McLellan, whose post I linked to, shows how this leaves room for God and for the human mind to work within the laws of nature. By the same argument, there is room for angels and demons to work in our universe.

It is also worth noting how far Bultmann’s position depends on a perspective from the intellectual elite in the West. In other cultures, and even within popular western culture, there has always been room for the “supernatural”. It is no longer possible, as it was in Bultmann’s time, to reject non-western beliefs as primitive and so not worthy of serious attention.

Now Scott is correct to write that

The problem with applying tests of this kind is that we are (at least as the hypothesis) dealing with sentient beings who are under no obligation to cooperate with us. Just as experiments on the behaviour of individual humans cannot succeed without their consent, so we cannot hope to experiment on the behaviour of individual demons or angels who are unlikely to consent. The best we can do is observe their typical behaviour using the kinds of techniques used in anthropology. And that is likely to be unpredictable, especially when they are being observed, just as with humans. In quantum physics, even sub-atomic particles behave differently when they are being observed!

Nevertheless there is a significant body of reports of the activities of angels and demons in our world. But scholars refuse to take these reports seriously because they cannot be reproduced in a laboratory. If they applied the same standards to astronomical observations, often of unique occurrences, then we would be allowed to know a lot less about our universe than we are supposed to know.

Now I am certainly not claiming to agree with Sproul in everything in his book, not least because I haven’t read it. But, on the basis of what I have argued here, I can fully endorse what Scott has quoted from Sproul’s publicity material:

There is an uncompromised supernaturalism at the heart of the Christian worldview, and we must not let the world’s skepticism with regard to these things affect our belief systems. We must trust and affirm that there is much more to reality than meets the eye.