The BBC reports today research by Colin Humphreys of Cambridge University which concludes:

The Last Supper was therefore on Wednesday, 1 April AD33, according to the standard Julian calendar used by historians.

Humphreys has even managed to get a book

published on the subject, by no less than Cambridge University Press. And there is a detailed article about it on the university’s Research News website.

Thanks also to Dave Faulkner who first alerted me to this. 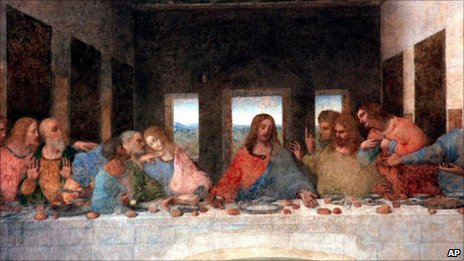 So who is this Colin Humphreys? A historian? A biblical scholar? No, a “metallurgist and materials scientist”. In fact he is Sir Colin Humphreys CBE FREng, Professor and Director of Research at the Department of Materials Science & Metallurgy. Impressive credentials for a scientist. No doubt he is a leading world expert on gallium nitride, “probably the most important semiconductor material since silicon”. But what would he know about the Last Supper?

The whole thing looks like an April Fool. As Humphreys clearly isn’t a fool, I suspect that this time the BBC and the Cambridge University Press have been fooled.

But at least something good could come out of this folly. The BBC article reports that

Prof Humphreys believes his findings could present a case for finally fixing Easter Day to the first Sunday in April.

If this book helps us to move away from the stupidity of this year’s very late Easter, then it will have done a service to us all.

Or could this be another case of The spoof that wasn’t?