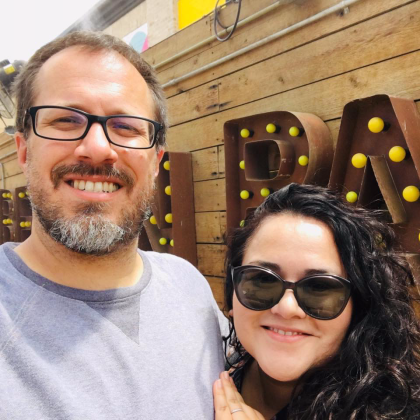 Brian LePort of Near Emmaus writes an excellent post Jesus and the Occupy Movement. There is a lot that I could say in response to this and concerning the Occupy movement. But I am still busy here in the USA, so I only have time for this quote, which is peripheral to Occupy but central to the more basic issue of Christian involvement in politics:

This is certainly an important insight, that those who object strongly to Christian activity in the political world have an “under-realised eschatology”, that is, they don’t understand the extent to which the work of Jesus in saving the world has already been accomplished. These people complain about so-called “dominionism”, which they see as Christians trying to take control of the world, because they fail to see that Jesus has already defeated the powers of evil and set up his kingdom.

Ironically only yesterday I reacted in a comment to the opposite error. Phil Whittall, in his review of When Heaven Invades Earth by Bill Johnson, questioned “why God has to invade His own earth and infiltrate governments that He presides over”, suggesting an over-realised eschatology in which God is already in complete control of the world and so Christian activity to take this control is unnecessary. I pointed out how this contradicts 1 John 5:19; it also goes against what we see in our nations today.

In contrast to both of these positions, I would take a middle line, that God’s kingdom has been inaugurated on earth and is already breaking into the world system controlled by the evil one. On this basis the Christian responsibility is to seek to extend this kingdom, not so that the church can take control of the world but so that God can, so that Jesus can truly reign as King.

Of course this raises all kinds of questions about how the kingdom should be extended in practice. Certainly some of the ways that have been suggested, such as the Reconstructionist agenda of imposing Old Testament law on modern society, are sub-Christian and quite wrong. But we must resist the under-realised eschatology which leads to passive acceptance of the wrongs of this world – especially when this is used as an excuse by comfortable and prosperous Christians to refuse to do anything about the evil and the suffering which they see around the world and very often even in their own neighbourhoods.

0 thoughts on “Under-Realised Eschatology vs. "Dominionism"”